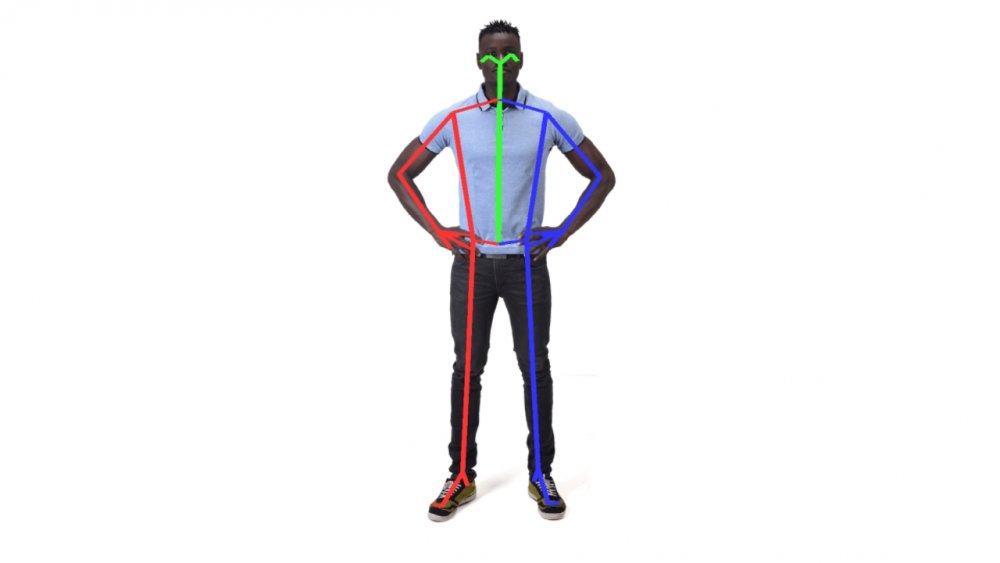 This node utilises the NVIDIA Broadcast SDK running on the NVIDIA RTX GPUs to pick out human forms from video, then generate and track 3D skeleton of their body. This technology may eliminate the need for physical motion capture suits in some circumstances.

It is only capable of tracking a single body at present. The tracker operates in both 2D and 3D space, but Notch makes use of the 3D data only. For best results, the camera should be as straight on as possible and the input video should be of suitably high resolution; 1080p is ideal.

This node is designed for use with the NVIDIA AR Body Tracker Skeleton, which is able to apply the tracked skeleton data from this node to a 3D motion capture rig.

This node requires the installation of the NVIDIA AR SDK, which can be downloaded here : NVIDIA AR SDK. Make sure you get the correct driver for your GPU, Turing (20XX), Ampere (30XX) and Ada (40XX) use different drivers and they are not cross compatible.

The 3D skeleton is generated in a space relative to the input camera. The centre of the camera image is considered to be the origin for the 3D skeleton data. It is likely that the bone positions will not match the scene’s world coordinates and it will be necessary to apply a transform to the bones to translate them in space. This can be done on the Skeleton node directly, or by linking a Null to the Skeleton 3D Transform input of this node. In the event the camera being used as the video source is tracked and its location is therefore known, it could be passed as input to this to get the skeleton into world space.

The body tracker is not aware of changes in camera zoom, and is unable to distinguish between cameras zooming in and subjects moving closer. In the case a tracked camera (e.g. via Exposable Camera node) is also used as video input, with changing zoom, and the 3D skeleton must match the real world, the following work-in-progress workflow is available: