The root node for a Particle system.

This node is the root and container for every particle system. Particle Emitters, Particle Affectors and Particle Rendering Nodes must be parented to this node directly or indirectly in order to be operational. The node contains a number of controls that are globally effective across the system.

The simulation of particle systems has some inherent randomness and variation, in part because of random seed values used to vary behaviour over time, and in part because of operational orders of processing on the PC hardware. This means that a simulation run multiple times or on multiple PCs at once may result in slightly different positions as a result. While this is often acceptable, in some cases it is desirable for simulations to be deterministic when played by multiple servers simultaneously - for example when the same particle system is output to multiple overlapping projectors by multiple servers. The “Deterministic” parameter is used to force particle simulations to behave in a deterministic manner by locking random seeds and reordering processing so it occurs in the same order every time, at the cost of some performance overhead. In order to achieve a deterministic result it is also necessary to ensure the simulation is updated at an identical frame rate and time on every server, so make sure the scene is optimised and built around a reliable locked frame rate.

In general simulations are intended to be frame rate independent. The same simulation run multiple times at differing frame rates should result in particles that are at approximately the same positions in space; the results should be visually similar. However some simulations are inherently highly dependent on update rate, e.g. where fluid solvers such as SPH are used. Where deterministic behaviour for such a system is necessary so that exactly the same results are achieved every time, the Fixed Update parameters may be used to lock or restrict the frame rate at which the system is updated. This is typically desirable for projects that are to be rendered to video. 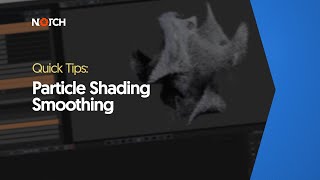 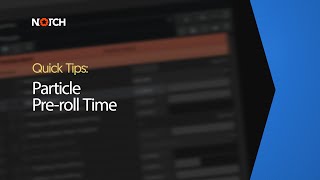