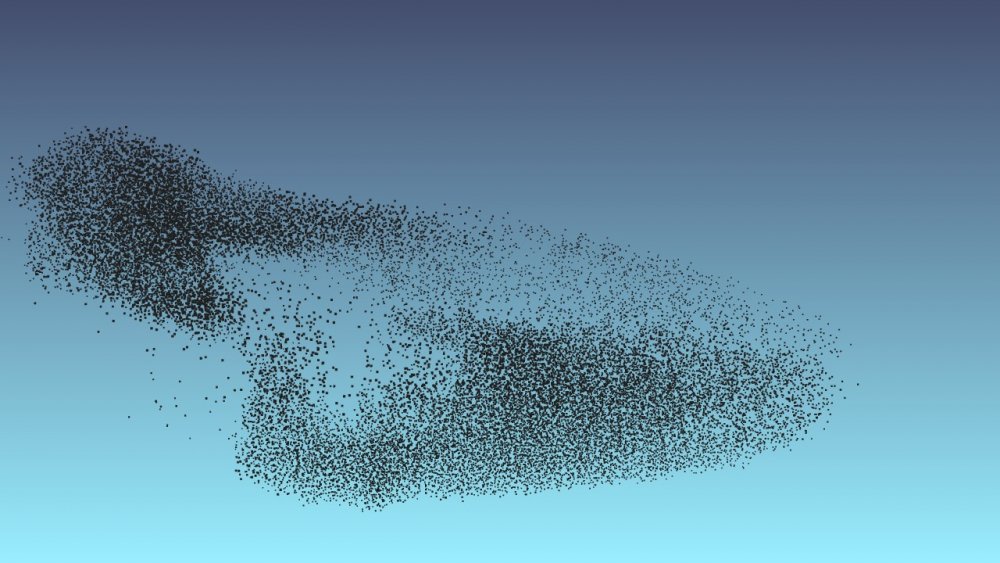 This node simulates a flocking behaviour on a particle system. This is typically used to make particles behave like a flock of birds or a shoal of fish.

The goal positions are determined by connecting nodes to the Flock Goal Nodes input. Where 3D objects are used, vertex positions are used as goals, Otherwise the transform position of the connected node is used. Where there are multiple goals, particles are each assigned a goal either randomly or based on their emitter.

The range in which particles can see their neighbours is determined by radii - Cohesion Radius and Avoidance Radius. The neighbourhood search is achieved internally by placing particles into a grid, and the location, cell size and resolution of this grid may be controlled in order to optimise the performance requirements of the node. Larger search areas, and search areas containing more particles, increase demands on performance. Larger grid resolutions may be desirable when dealing with large areas of space.

The sample project “flocking_birds.dfx” included in the Notch installer provides an example of the flocking affector in action.