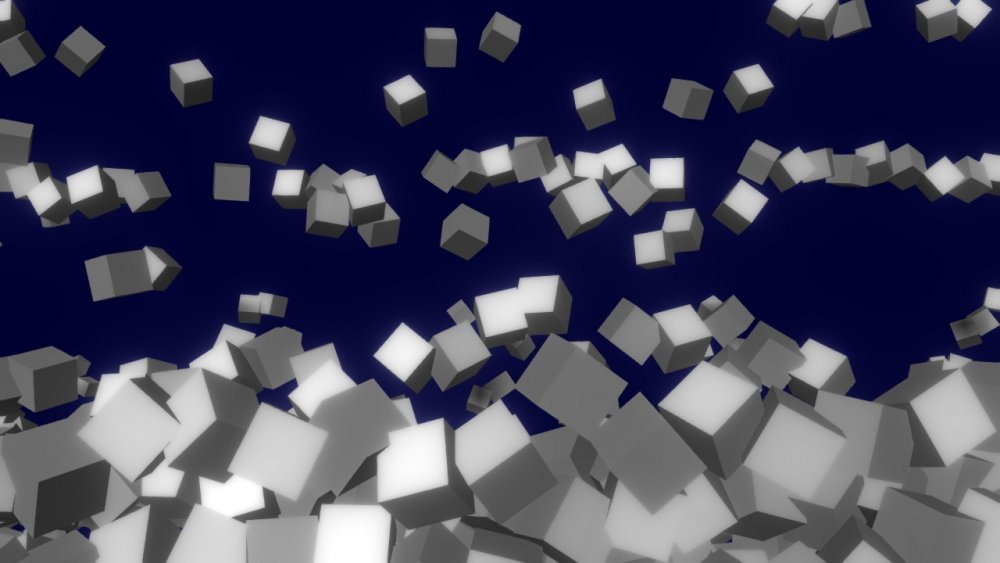 This node renders a 3D primitive mesh that has been generated according to various attributes. As well as being rendered directly, Shape 3D nodes may also be used as an input for various other nodes, including Particle Mesh Emitters, Field 3D Object Emitters, Clone To Mesh, Clone To Volume, Collision Affectors and numerous others. A Material Node can also be input to control the shapes material properties.

The Shape 3D node may be used as a rigid body in a physics system via the Physics Attributes properties. It must be parented under a Rigid Body Root node for physics to be applied.

Smoothing and subdivision is interleaved with deformation so deformers may be applied to a certain subdivision level.

Subdivision, smoothing and deformation may have a noticeable memory and processing overhead.

This node outputs the normal transformation and translation values, but it also outputs geometry which can be modified with Deformer nodes, or used as a mesh sources for nodes which accept mesh connections, such as the Field 3D Object Emitter or the Procedural 3D Object.

These properties control how the geometry is rendered into the scene.

These properties control how the UVs of the mesh are transformed when output for the UV camera. Useful for arranging multiple objects to be output for the same UV Camera.

These properties control the behavious of the object in a Physics System.