The Root controller for a state machine system. 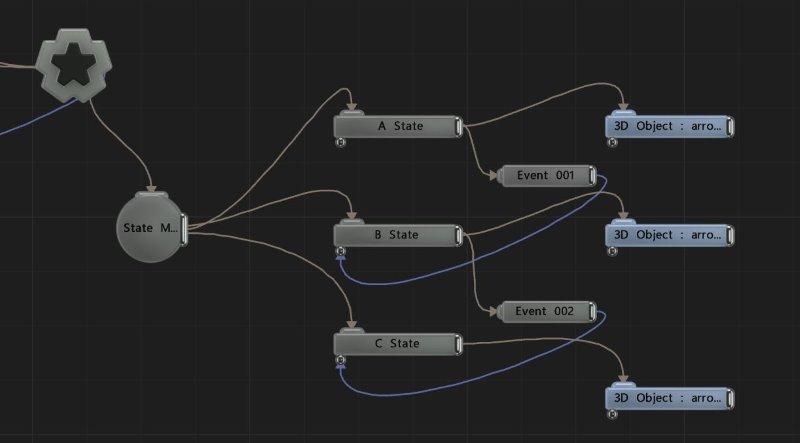 The definition of a state machine is: a logic device which can be in one of a set number of stable conditions depending on its previous condition and on the present values of its inputs.

In a Notch State Machine system, Only one state can be active at a single time and the transition from one state to another state is triggered by an event.

As such, we have two associated nodes:

The State Machine node acts as mini-root node that is the parent to State Machine State nodes. The first vertically ordered state will be the initial state of the state machine.

There are no inputs for this node.