Renders a procedural system as geometry.

Genrates a surface from a procedural by first voxelising it, and then constructing a smoothed surface over the voxels. The surface produced is a triangle mesh which can be textured, deformed, can cast shadows, and can be used as a particle emitter among other things.

This node outputs the normal transformation and translation values, but it also outputs geometry which can be modified with Deformer nodes, or used as a mesh sources for nodes which accept mesh connections, such as the Field 3D Object Emitter or the Procedural 3D Object. 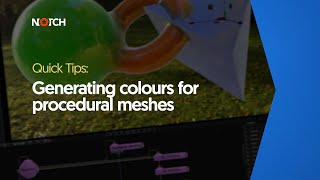