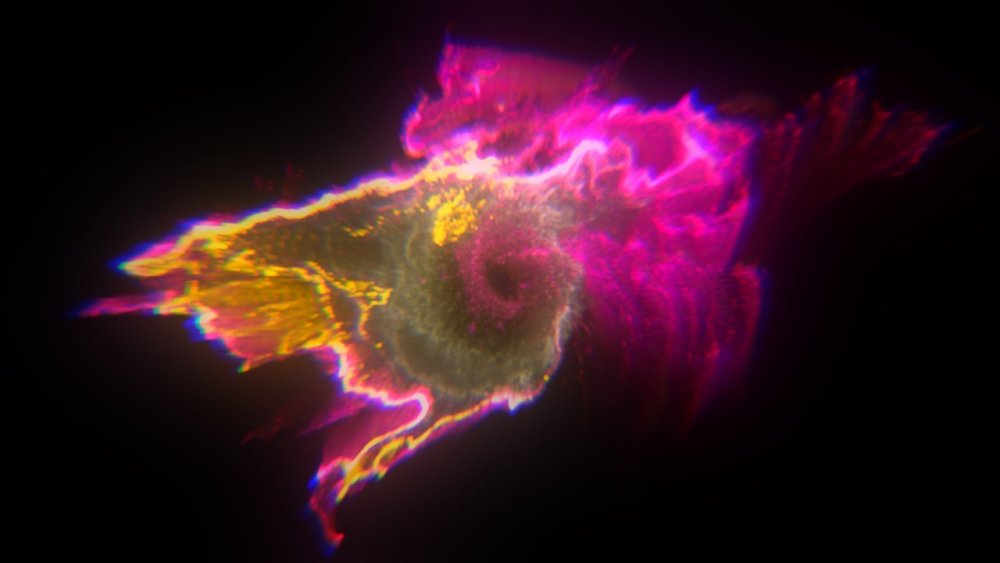 This node simulates fluid dynamics on a particle system using the FLIP (FLuid In Particle) or PIC (Particle In Cell) simulation methods. This is typically used to simulate smoke, gas and other fluid effects. This works by transferring particle forces to a grid, solving pressure forces on the grid and then transferring the resultant forces back to the particle system. This allows particles to affect each other and to move in a locally coherent manner. The simulation is stable, detailed and efficient.

These properties control how the flip simulation updates its fluid simulation.