Applies an explosive force to particles at birth. 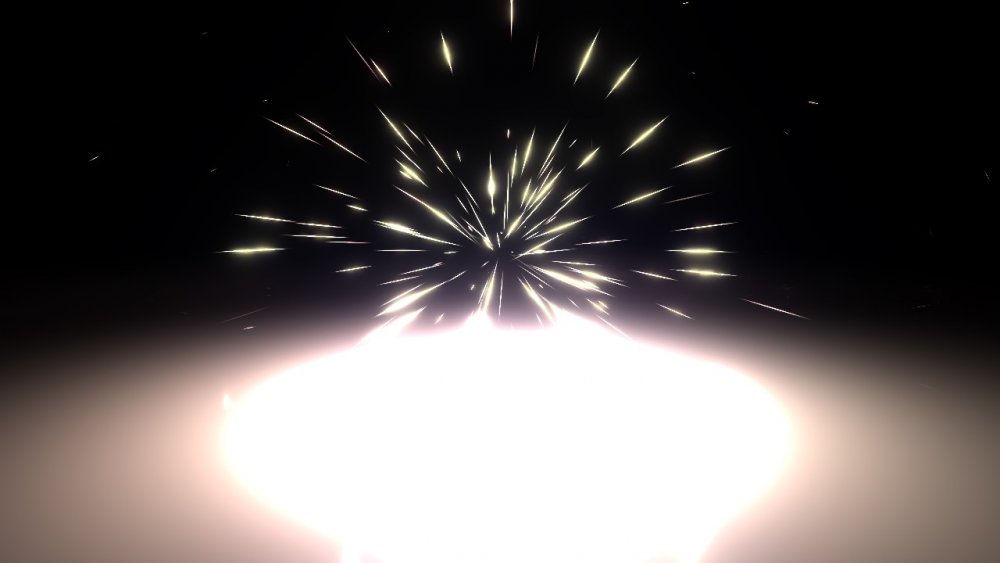 This node applies a velocity to the affected particles at the birth of the particle. This is typically used to create explosion-like effects.

The Explode Mode attribute is used to determine if the particle should be pushed outwards from the affector’s position, or if it should be random for every particle. The magnitude of the velocity is controlled by the Velocity Scale attribute and modulated by a random value which is constant per particle and weighted by the Randomness attribute. The Affected Particle Amount parameter can be used to apply the effect only to a limited random subset of particles, where a value of 1 will cause every particle to be affected and 0 will affect no particles.

The velocity effect is weighted by a falloff calculated using the distance from the node to the particle. The effect ramps down from 100% to 0% at the distance specified by the Affected Radius attribute.

All nodes connected to this node are treated as if flowing to the parent node, and inherits any transformation changes along the chain.