Render the scene with full pathtracing. 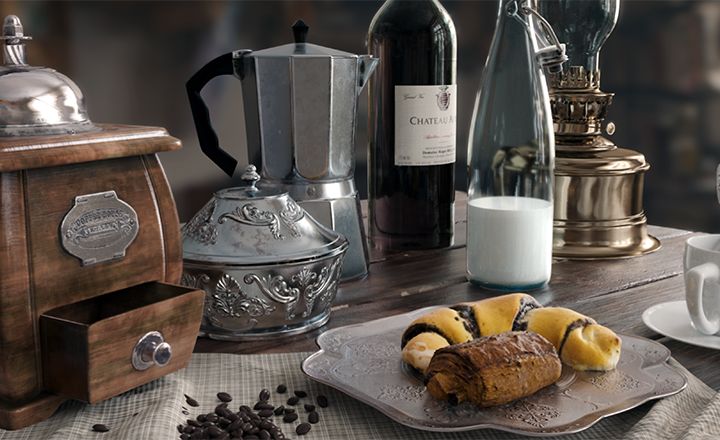 The Pathtracer node simulates lighting of solid objects accurately with support for multiple bounces of specular and diffuse reflections and refractions with varying roughness and other material attributes. This is achieved by casting lots and lots of rays, randomly distributed, and accumulating the results. The sum of all the random rays ends up with a smooth, converged image over time. As such this node can be very slow and is not intended for real-time use.

Typically, only a very small number of rays per pixel can be cast per frame at real-time rates - but to produce a converged image, hundreds or thousands of rays must be accumulated per pixel. For best results with this node, add an RT Refinement node to control the sample passes and add denoising passes.

A ray may be one of several types: diffuse, glossy (specular) or refraction. A ray is initially spawned from a surface based on the material and importance: a metallic surface will mainly spawn glossy rays, a flat diffuse surface will mainly spawn diffuse rays and so on. When a ray hits another surface and bounces, it may change type. The number of bounces is limited per ray type. Typically diffuse samples become less visible quickly through multiple bounces.

Raytracing will need to be enabled on the root node for the Pathtracer node to function.

These properties visualise the inner workings of the raytracer, useful for debugging.