A transform which can be easily exposed for control by a media server. 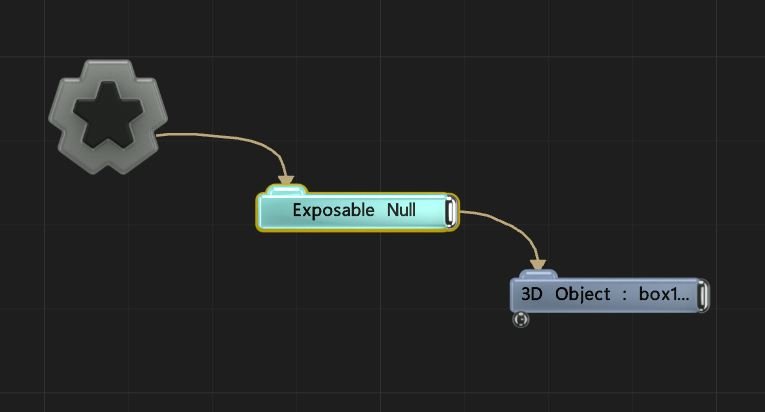 This node allows supported media servers to have simplified 6DOF control of a Null. This is useful for managing objects which are tracked by stage automation or spatial tracking systems (e.g. Blacktrax, OptiTrack).

When the Exposable Position Rotation attribute is exposed, it is recognised by the media server as a controllable Null and it provides higher level controls. Generally, you would parent objects, emitters etc to the Exposable Null.