Applies a Rigid Body simulation to A cloner system. 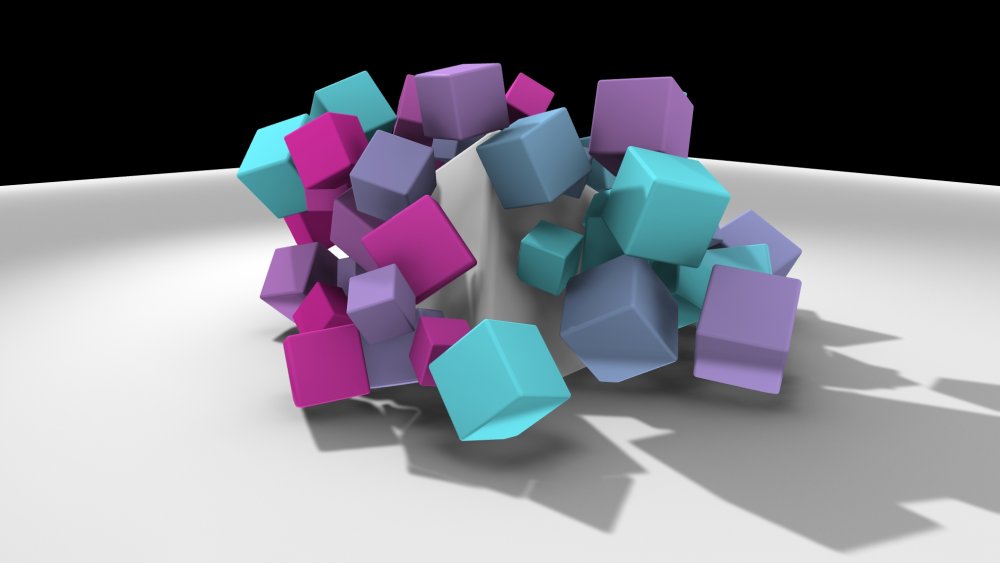 The Rigid Body Effector node turns clones into rigid bodies. The resulting bodies are able to collide with each other, or with other bodies that are part of the same physics system - under the same Rigid Body Root.

For best results ensure that the clones do not overlap in their initial position before dynamics is applied.

Unlike other cloner nodes, this Effector is a simulation node. This means that jumping in time will not produce predictable results, as the simulation needs to process the frames in between.

Connect the output to the effector input of any cloner node to apply it to the camera system. Multiple effectors connected to the same output will stack, and order of operations chosen by position on the nodegraph.

These properties control the physics settings the clones will be simulated under. Parenting a Physics Root node node will disable many of these properties as the node inherits those parameters instead.

The properties control the physical properties of the clones, dictating how they will behave when they interact with each other or other physics objects in the scene.